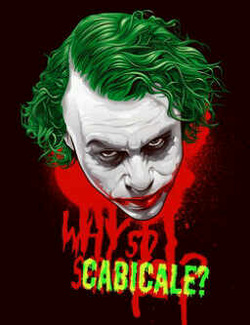 You know I like to talk about scientific studies

There is one study that says oral sex leads to intercourse “OH MY GOD”! Really!!?  I don’t believe it!! , Man Gabby hit me!!

Thank you so much mr scientist for that information..no cure for cancer or HIV but at least we know if  a girl is gonna suck the D she gonna give up the V.

All kinda stuff happen since last we talked


Now all this controversy about Peter Ram’s pat n crank song, granted not his best work, but a lot of people out there have some crappy songs. I don’t really care what you think about that song personally because each person is entitled to their own opinion and to like whatever they choose, but all for this controversy over a lil patting an cranking is ridiculous how people could go through all the trouble of pulling a video off the internet and want to crucify a man that was never going to win any morality awards.

Ok I heard many people say “that song is disgraceful and degrading to women” My response is SOO!

Me telling you that your mother smell like a old swamp rat is degrading to swamp rats everywhere but that doesn’t mean I cant say it, especially since you know that I don't care bout you or your mother or swamp rats for that matter, and since you know I am a rude person it shouldn't surprise you it is something I would say.

Put up yuh hand if you know you is a cutie
ya got one man na body cant call you foopy
You don’t wear nobody clothes where the inside smell poopy
Nobody can get you for a snack box nor a frutee
You don’t run down super stars so dem cant call you groupie
You don't carry big hole you got de tight nookie
Girl do stookie CAWBLEN CRANK! PAT AND PAT AND PAT AND CRANK !!


You don’t borrow no girl underwear…Then pat and elohssar crank that tight nookie ya got and big up yuh self cawblen!!. Sounds like a pretty positive message to me but I’m messed up in the head lol.


I’m just saying in the grand scheme of things don’t you think we have bigger problems than patting and cranking? There are worst videos on the internet telling your children far worst things. In life there will always be things you don’t want your children to hear but instead of trying to remove these things from the world let your kids know right from wrong and teach them right so that when they DO encounter the things you don’t want for them, they will know how to handle it. If you are worried that Peter Ram is a negative influence on your children, then tell your daughter…”Daughter never pat and never crank” and your daughter will say “Yes daddy, I will not pat and I will not crank”.   Tell your son ”Son girls who pat and crank are not the kind of girls you should date” and your son will say "Yes mummy I will not date girls who pat and who crank”

Peter Ram was always slack and rude he was never in the running for a role model at least not for me.
I am not saying that Peter Ram song is not rude or degrading or even that its a good  song(but I like it bad tho LOL), but the people in Barbados seem to be ashamed of local words...
Pretend like them aint hear foopy before, pretend dem never hear bout pokey really get me vex STUPSE CAWBLEN!!


Pat it and CRANK dah is wuh!!