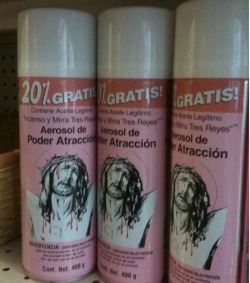 Rating G:Nice and clean for the kids
Daily Stigism: Now with 20% more Stig
News:
Tiger Woods wife allegedly beat him with a golf club (LOL) that is so hilarious. Seem to be rumors floating around of Woods having an affair and the wife found out..then the 9 iron comes out and licks get share. In more woods scandals he seems to have been involved in an accident and is alleged to have been under the influence of drugs drinks or maybe just under a golf club LOL
Other News:
In other news Kim Kardashian licks a Popsicle and I wish I were one…and if you don’t know who Kim is I have a phrase for you to Google
Ray j sextape

Classifieds:
Now on sale, canned Jesus. Now with 20% more Jesus!!. Im not sure if its an air freshener or a deodorant or just magic spray paint cause I don’t speak Spanish but it seems like its some kinda oil for praying and other religious like stuff. A quick google translation brings
" Contains Legitimate Oil, Incense and Myrrh
Three Kings Spray of Attraction Power"

Resoning:
Today we are going to discus reasoning or more precisely the art of doing such.

Reasoning is a very serious activity, It may be collaborative (aka a discussion or argument) or individual (reasoning with ones self...typically practiced by the mentally unstable or the incredibly intelligent...there is a thin line)

I will now attempt to document the art of self reasoning

ok you are about to reason with your self.
It is customary to begin with "self...."

e.g. you are about to begin reasoning with your self about the feasibility of writing a very silly blog entry, you begin as follows

"self, should I really write this blog entry?"

It is also acceptable to re iterate the individual in the activity but this is in an attempt to create a more collaborative feel.  Often by answering questions posed by the initial reasoner. This is known as ALIASING

e.g. "self, should I really write this blog? I don’t know self only if you are up to it "

When executing aliasing it can be in one of 3 forms negative aliasing, positive aliasing and neutral aliasing

neutral aliasing is as in the previous example where the aliased reasoner is neither for, nor against the proposition of the initial reasoner

while in positive aliasing the aliased reasoner is for the proposition and campaigns for its success.

Both positive and negative aliasing are generally used together to weigh pros and cons of a given situation.

It is rare to see all 3 forms used in conjunction in sane persons.

Now there are special rare cases of complex aliasing such as third person intoxicative .

This is usually experienced by the severely inebriated and is often accompanied by stumbling and pointing e.g. john is really drunk and out side the club reasoning with a parked car after walking into it:

John: ”John why u don’t look where u going!? Isn’t you seeing that ya nearly knock down this gentleman standing hey so. I am sorry sir I apologize for John he’s really not himself tonight”

Quote of the day: NOW with 20% more Jesus: ...me making fun of Jesus spray